The Ultimate Guide to Tignes

Discover everything this high-altitude resort has to offer.

Explore our definitive guide to Tignes & discover everything you need to know to enjoy a luxury ski holiday in this world-famous high-altitude resort. 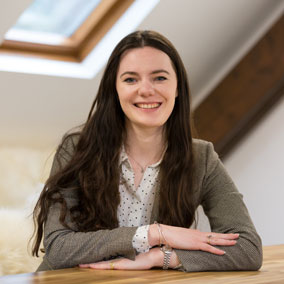 Set high in the incredible Savoie Alps in France, Tignes is a world-famous resort made up of the five villages - Tignes Le Lavachet, Tignes Le Lac, Tignes Val Claret as well as Tignes Les Brévières and Tignes Les Boisses . One of the highest ski resorts in the alps, Tignes is linked with the neighbouring resort of Val d’Isère to provide 300 km of pistes, varied ski terrain and a fantastic snow record for all to enjoy.

Originally made up of the two villages of Tignes Les Brévières and Tignes, it was in 1952 that the old village of Tignes was flooded as part of a hydro-electric power scheme, creating the ‘Lac du Chevril’ over the original site. In the late 1950s and early 1960s, the resorts of Le Lac, Le Boisses, Val Claret, and Le Lavachet were built, introducing the new stand out architecture of high-rise apartment blocks. In the early 1970s, the first chair lift links were constructed to connect Tignes Les Brévières with the neighbouring resorts, which soon led to skiers flocking to the resort from across the globe.

Linked with Val d’Isère, Tignes is a great family ski destination with brilliant ski schools ready to work with you on your technique. With an incredible 300 km of slopes to explore and a maximum altitude of 3,456m at the top of the Grande Motte cable car, the resort has a excellent snow cover, making Tignes popular for late-season holidays and summer skiing.

Providing four nursery slope areas, beginners have plenty of space to build confidence on the slopes with an easy number of runs on the Glacier to progress to. In Tignes Le Lac and Lavachet there are a couple of beginner drag lifts with those feeling more confident able to try the Palafour or Chardonnet with gentle blue runs back down to the village. The Grande Motte and the Palet also have several long wide blue runs higher up the mountain with the more challenging Le Lac blue run.

An excellent resort for intermediate skiers, Tignes has a large amount of snow sure blue and red runs waiting to be explored. From the cruising blue run down to Les Brévières to the Col du Palet and Aiguille Percée sectors offering a variety of intermediate runs. A variety of fast lifts also facilitate easy access to Val d’Isère with further runs to explore.

With 25 black runs in the Espace Killy as well as endless off-piste terrain, expert skiers will revel in the challenging and advanced pistes. With several ungroomed black runs as well as steep blacks, Tignes has the longest black run in the area with the 10 km La Sache run descending from the L’Aiguille Percée through a breathtaking valley to Tignes Les Brévières.

Following an early morning on the slopes, why not try one of Tignes alternative winter activities in the afternoon, from ice climbing and ice diving to helicopter tours, husky sledding and the exhilarating experience of driving on ice.

Where to stay in Tignes

Located in Tignes Les Brévières, Guerlain Chicherit’s chalet collection includes several luxury chalets that provide stunning views of both the slopes and village. Each property has a different theme throughout with Chalet Ubud inspired by trips to Bali and Chalet Tango featuring several aircraft elements including a children’s play area with an airplane propeller.

Where to Eat & Drink in Tignes

The majority of Tigne’s delightful restaurants are located in Val Claret, with further family-friendly options found in Tignes Le Lac and Tignes Les Brévières. Serving top quality Savoyard cuisine, Tignes has a selection of mountain restaurants that provide guests with stunning views of the surrounding Alps, as well as popular central village venues. Located at an altitude of 3,032m on the Grande Motte glacier, Le Panoramic is a unique mountain restaurant with a breathtaking 360° panoramic view. Accessible on skis or foot, this delightful restaurant serves fresh homemade pasta as well as local dishes such as caramelized pigeon and cockles hot pot.

For a Michelin-star experience, Ursus can be found in the 5* Hotel Les Suites de Nevada. The project of Clement Bouvier, this exceptional restaurant provides authentic and mastered cuisine made from local and seasonal produce.

Tignes is a lively resort with plenty of events to be enjoyed across the calendar. Every Thursday during the French and British school holidays, the ESF instructors of Tignes put on an incredible torchlit display as they snake down the mountain lighting up the night sky with torches. During the winter months, Tignes hosts its cultural season at the auditorium of Tignespace with a varied programme of concerts, humorous shows and plays.

The month of March sees Tignes welcome members of the LBGTQ+ community join in the celebrations of European Snow Pride, with a week of stunning shows, performances from international DJs and of course, a week of top quality skiing.

During the month of April, Live in Tignes sees holidaymakers and locals alike be entertained by three days of free concerts on the pistes and in the centre of the resort. Bringing pop and rock to the Alps, this event has two outdoor stages and more than 10 artists for festival-goers to enjoy.

Lovers of classical music will love the event of Musicalp which takes place in the summer months of July and August, providing free concerts and music lessons in the Tignespace auditorium.

The snow may have melted come summer in Tignes but this doesn’t mean this stunning resort is lacking in activities. From hiking to paragliding, the bike park, white water rafting and canoeing, Tignes in summer has something for everyone. Fans of golf can also enjoy the breathtaking 18-hole golf course surrounding the lake, with beginner and advanced lessons available.

For those who are missing the snow, summer skiing is possible on the Grande Motte Glacier every morning between 07:15- 13:00 with 20 km of pistes between 3000 and 3456 metres waiting to be explored.

Best Music Festivals in the Alps

Best Ski Resorts in the Alps for Mountain Biking

Guide to Skiing in Val d'Isere