We celebrate five inspirational female icons who have inspired and empowered women on and off the slopes.

In honour of International Women’s Day, we are celebrating five inspirational female icons in the world of winter sports. Epitomising the motto ‘This Girl Can’, these women haven’t just excelled on the mountain, but have inspired and empowered future generations off the slopes too. 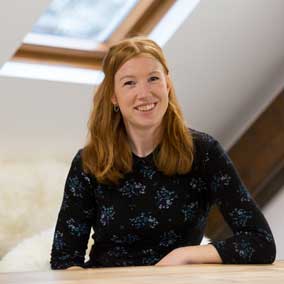 In 1808, a young maid from Chamonix named Marie Paradis became the first woman to summit Mont Blanc. The feat was particularly impressive because aside from the perils of avalanches and crevasses, Marie would have had to contend with a corset, petticoat and skirt which were the compulsory dress for women of that time.

On the final ascent, Paradis became fatigued, had trouble breathing and was unable to speak. She begged her guides to throw her into the nearest crevasse and put her out of her misery. However, with their help she made it to the top, paving the way for future generations to follow in her footsteps.

Having begun skateboarding at home in Sacramento, California, snowboarding was a natural progression for Tina. As a relatively ‘new’ sport, Tina was one of the first women to bring snowboarding into the spotlight.

In a male-dominated world, comments such as “You’re pretty good...for a girl” only served to push her harder to be the best and since 1986, Tina has racked up an impressive list of achievements. These include becoming the first woman to win an X games gold and the first woman to successfully land a backside 720 in competition. She also won the 1997 ESPN Freeride Big Air in Aspen.

However, it is not only her prowess on the slopes that makes Tina so special. As well as starting her own signature board and clothing lines for women, she also founded Boarding for Breast Cancer, in honour of her friend and fellow snowboarder Monica Steward, who began her battle with breast cancer at the age of 26, sadly passing away two years later from complications which arose from delayed diagnosis. The charity advocates early detection and a healthy, active lifestyle as the best means for breast cancer prevention.

Tina continues to do charitable work and her autobiography “Pretty Good for a Girl” is a must-read for any budding snowboarders.

3. Lindsey Vonn - the most successful female racer of all time

Arguably one of the most well-known female alpine skiers of this era, Lindsey Vonn is rarely out of the headlines. The most decorated skier in US history, with four overall world championships, three Olympic medals and 82 FIS World Cup race victories, Vonn has maintained her competitive drive despite career setbacks due to injury.

Passionate about supporting women in achieving their dreams, Vonn set up the Lindsey Vonn Foundation in order to give future generations the tools they need to reach their goals and discover inner grit.

On 1 February 2019, Lindsey made the difficult decision to retire from the sport due to ongoing injuries. She still managed a bronze in her final race, the Downhill, providing a fitting end to her outstanding career. She recently picked up the “Spirit of Sport” award at the ‘Oscars of Sport’ and it this spirit, sheer grit, guts and determination to succeed which are sure to inspire generations to come.

Millie began skiing at the age of the six, around the same time that she began to lose her sight. In 2011 she invited to join the British Disabled Ski Team development squad and started racing in November 2012 with her mother acting as her guide. As she started to pick up speed she needed a more experienced guide and so at the age of 14 joined up with Rachel Ferrier, a 17-year-old ski racer and instructor from Glasgow.

After some initial success, Millie received the call up for the Sochi 2014 Paralympic Winter Games, becoming the youngest ever winter Paralympics GB competitor. She went on to place an impressive fifth in the giant slalom and slalom events.

Post Sochi, she joined up with new guide Brett Wild and became the first-ever British para-skier to win the world championship title at the 2017 championships in Tarvisio, Italy. She has since gone on to win two silver medals and a bronze at the 2018 Paralympic Winter Games in Pyeongchang, South Korea. Millie’s determination to achieve her goals despite her disability is a lesson to take forward in all walks of life.

As well as being a professional extreme skier and winning numerous competitions, including the National Freeski tour, Dyer has starred in a multitude of extreme skiing films and was the first woman to grace the cover of Freeskier magazine. However as well as her personal skiing successes, it is her achievement’s off the slopes that make Lynsey such an inspiration.

Having noticed that women were rarely featured in extreme sports films, Dyer raised $113,000 on Kickstarter in order to produce Pretty Faces, a female action sports film designed to offer positive role models to young girls. She has presented numerous Ted talks on topics such as “Skiing Like A Girl” and filmmaking and her latest podcast series “Showing Up” presents in-depth interviews with some of the most interesting people in the adventure sports industry.

Dyer is also the founder of the non-profit organisation SheJumps.org, which aims to increase the participation of women and girls in outdoor activities by offering outdoor education programmes, hosting events, youth and community initiatives.